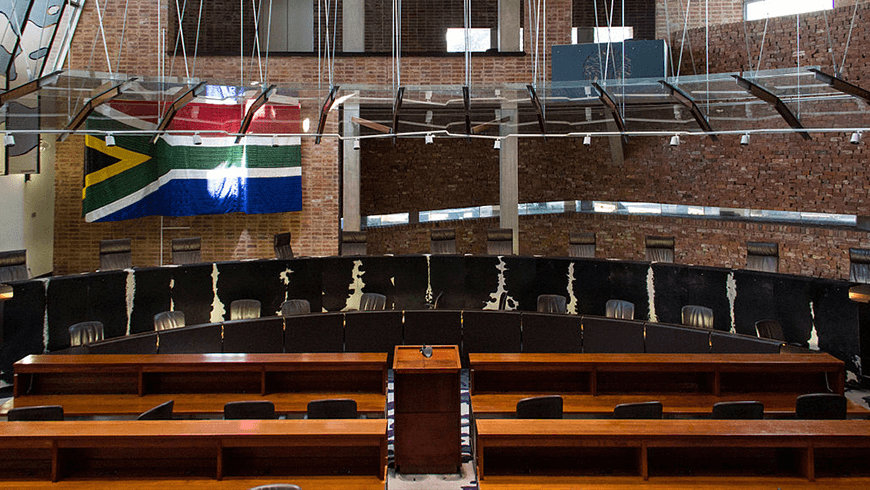 We offer a simple overview of the different kinds of courts in South Africa, together with the types of disputes they may hear, and where you can appeal or review their decisions.

Traditional leaders – Queens, Chiefs  and Headmen – administer African customary law, subject to the Council of the Traditional Authority in which they are situated. They operate Traditional Courts that mainly deal with civil disputes between people in their community. Judgments of Traditional Courts may be taken on procedural review in the Magistrates Courts.

The High Court of South Africa

The High Court of South Africa is a superior court of law with divisions across all nine provinces. Each province has a main High Court building situated in a major city, usually the provincial capital. Some provinces like the Eastern Cape, Gauteng, KwaZulu-Natal and Mpumalanga have more than one High Court building, also situated in a major city, which is called the local seat of the provincial division.

High Courts hear civil cases involving claims above R400 000, as well as all serious criminal cases like rape, murder, or treason. High Courts hear all disputes between individuals, companies and the government. In terms of the Constitution, they may also interpret legislation passed by Parliament and review decisions taken by Government and can declare them as invalid and unconstitutional.

The High Court system also includes circuit courts. These move around the country to serve more rural areas. The presiding officers in High Courts are called judges and the head of province is called a Judge President. Decisions of the High Court are usually taken on procedural review or appeal in the Supreme Court of Appeal.

The Supreme Court of Appeal

The Supreme Court of Appeal (SCA) is the second highest court in South Africa and it hears appeals against judgments that are sent to it by the High Courts. The SCA is the final court of appeal in most cases, except where the case involves the interpretation of the Constitution, or the issue is of general public importance. In those scenarios, or when it is in the interests of justice, the case can go on to the Constitutional Court. Cases in the SCA are usually heard by three or five judges and judgment by the majority of the judgment is the ultimate ruling in the case. There are 22 judges of the SCA, (who are referred to as ‘Justice…’), and the head of the SCA is called the President. The SCA is situated in Bloemfontein, in the Free State province.

The Constitutional Court is the highest court in South Africa. The ‘Concourt’, as it is commonly referred to, hears appeals from the Supreme Court of Appeal, the Specialist Courts, or the High Court. In a limited number of cases (so called ‘Direct Access’ cases), the Concourt can deal with case for the first time before any other court has dealt with it. The Concourt mainly deals with cases that relate to the interpretation of the Constitution, but it may also hear cases not involving the Constitution but only if it is an issue of general public importance, or it is in the interests of justice for the Concourt to hear it. Only the Concourt can decide whether Parliament or the President has failed to fulfil a constitutional duty or obligation. When the High Court has declared an Act of Parliament or a decision by Government as unconstitutional and invalid, the Concourt has to confirm this declaration before it can have legal effect.

A judgment of the Concourt is the final decision on any point of law and no other court can overturn it. The Concourt has 11 justices, including the Chief Justice of South Africa, who is also the head of the Judiciary.

There are a number of specialist courts that handle matters in specific areas of law. These courts have a status similar to the High Court and a presided over by judges. These include Tax Courts, the Labour Court, the Land Claims Court and the Electoral Court. Decisions of these courts may be taken on appeal or procedural review to the Supreme Court of Appeal – except for the Labour Court, where appeals go to the Labour Appeal Court.

The Labour Appeal Court which is also a specialist court has a status similar to that of the Supreme Court of Appeal.

There are several tribunals established by legislation that hear legal disputes. For example, the Water Tribunal hears all disputes involving water use and licensing; the National Consumer Tribunal hears consumer credit disputes in terms of the National Credit Act and Consumer Protection Act; the Companies Tribunal hears certain disputes arising from the Companies Act; the Rental Housing Tribunal hears disputes between housing tenants and landlords; etc. The decisions of tribunals can be take on procedural review (not appeal) in the High Court. However, the decisions of the Competition Tribunal may only be taken on appeal or review in the Competition Appeal Court, which is a court of a status similar to the Supreme Court of Appeal.

Parts of this article were first published on Golegal and updated for accuracy.