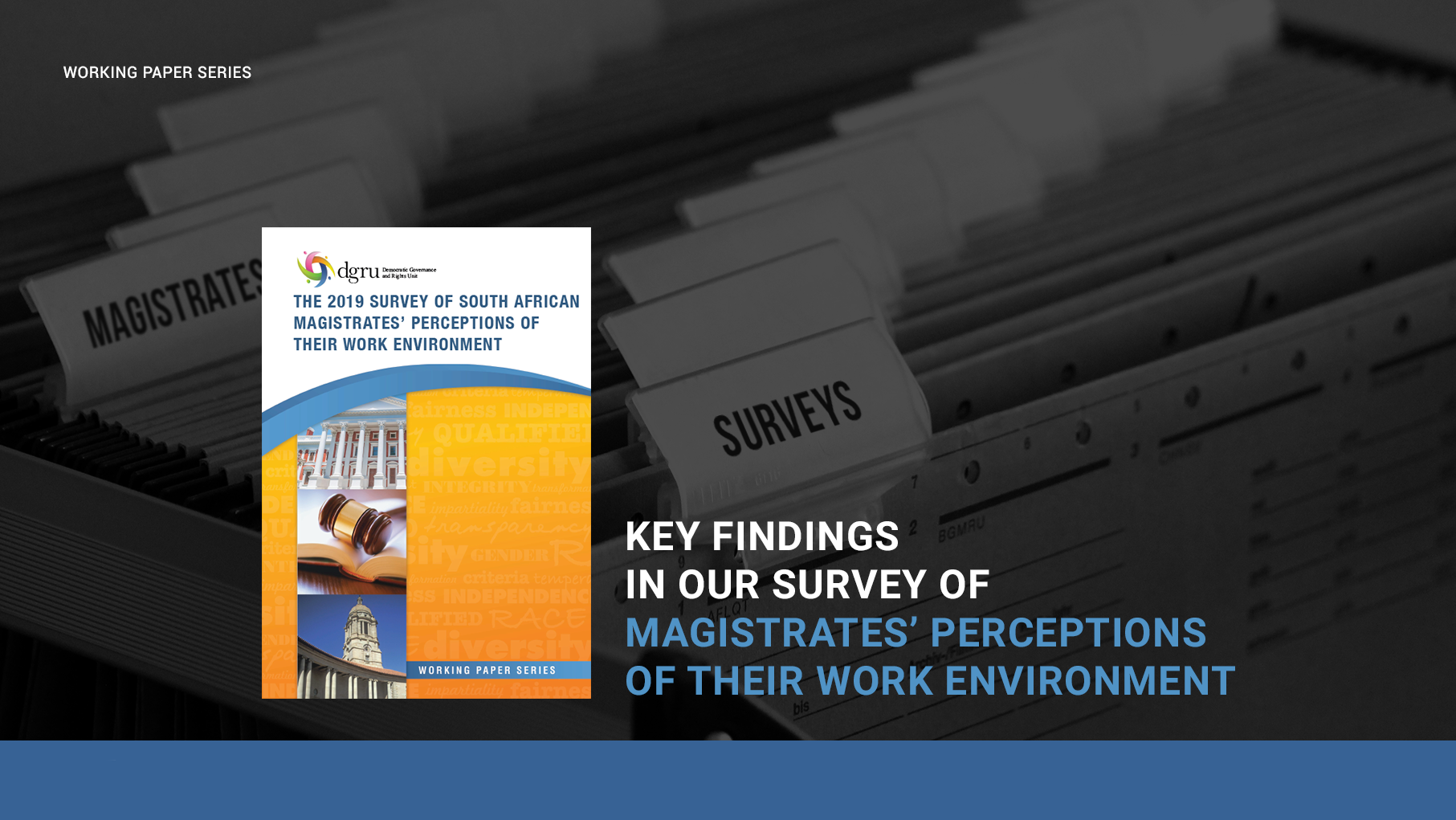 In the survey we examine in some detail the workload of magistrates in terms of civil and criminal work. We find that the magistrates doing civil work perceive their workload to be particularly high, and we suggest reasons for that finding.

We identify the kind of support that magistrates value, and measure the extent to which they receive such support. We find that they feel largely unsupported, and assess what kinds of support they feel would be most valuable. We also investigated the magistrates’ view that the physical infrastructure of the court building, their offices, as well as their safety and security are inadequate. Given the significant amount of perceived work pressure as well as inadequate support and issues around security, it is unsurprising that the majority of respondents experienced a great deal or a lot of stress, which takes a toll. Insufficient remuneration is a key concern for many magistrates.

Corruption in the magistracy

We identify six key areas where we recommend policy reform and further research, in the areas of workload and qualifications, stress, safety and security, infrastructure, remuneration, and corruption.