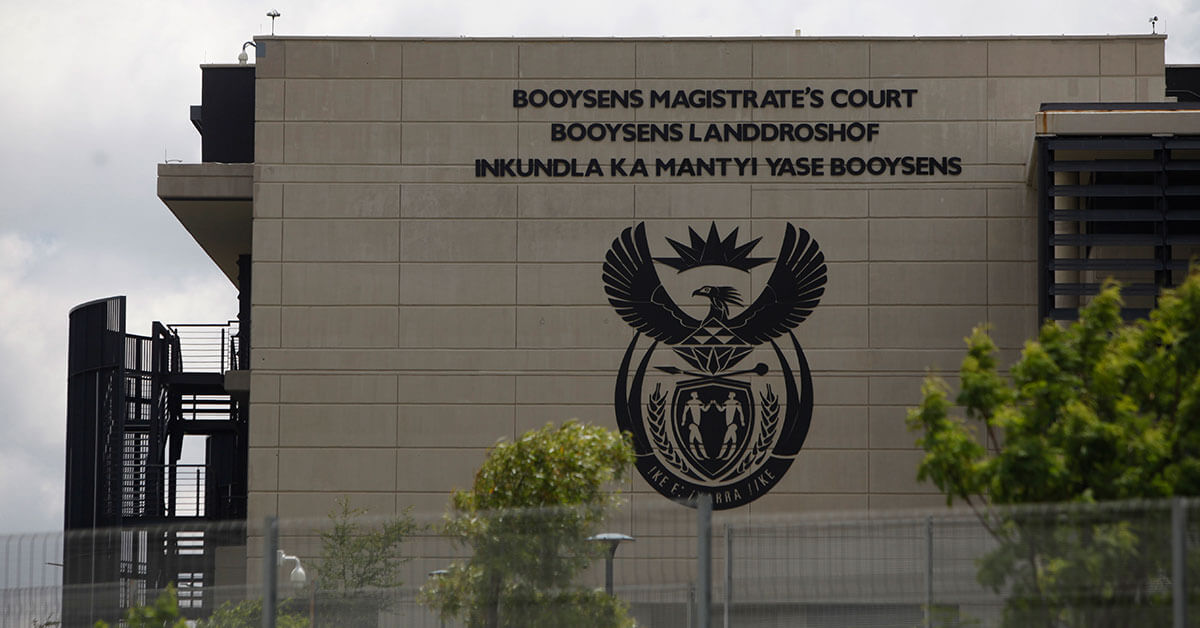 YOU IN THE MAGISTRATES COURT: LET’S TALK ABOUT BAIL

For most people in South Africa, their first interaction with a court building is when they or someone they know is accused of a crime and has to come in front of a magistrate. Most often the first question to be dealt is the issue of bail. A number of people believe that magistrates release criminals on bail too easily. In this article we try and explain what bail is (and isn’t!).

Please note that Magistrates Matter does not provide legal advice. This note is for general information purposes and does not constitute legal advice. If you need legal advice, please consult a legal practitioner.

What is bail and what does it do?

When a person is accused of a crime, the ultimate goal is to get them to trial as quickly as possible, so that the crime they have been accused of can be dealt with. There are many ways to get a person to trial, including through the police arresting them, or them being notified (or ‘warned’) to appear at trial. Because everyone has a constitutional right to freedom, and also the right to be presumed innocent until proven guilty, arrest should only be used in rare cases, when there is a risk that the person will not come to trial or they are a danger to the public.

Once arrested, you still have a right to be free, since you have not yet been convicted of a crime. So how does the court ensure that you come to trial? They may ask you to pay a sum of money that you will get back at the end of a trial, or that you will lose if you do not come to trial. That sum of money is called bail. The amount of money you pay depends on your circumstances, including your affordability, but also takes into account the risk or likelihood that you will run away from trial. The higher the risk, the more money you will pay.

Importantly, bail is not a punishment for the crime you have committed, it is simply a means to ensure that you come to trial. So no matter how angry the community is about the crime, it does not mean that an accused person must be denied bail if it is in the interests of justice that they be released.

The different rules around bail are contained in Chapter 9 of the Criminal Procedure Act 51 of 1977 (the CPA).

…bail is not a punishment for the crime you have committed, it is simply a means to ensure that you come to trial.

What factors does a magistrate look at when deciding to grant bail?

The magistrate has to look at all the circumstances of the case, but in deciding to release a person on bail the magistrate must ask whether:

(a) it is in the interests of justice (for less serious crimes like petty assault or theft); or

(b) there are exceptional circumstances (for serious crimes like rape or murder).

The factors the magistrate will look at to determine whether it would be in the interests of justice include:

Exceptional circumstances differ from case to case, but it is usually when the health or safety of the accused is seriously threatened by them being in prison.

This is not an exhaustive list of factors, the magistrate may consider all of them and more.

The accused person or their lawyer will provide evidence to show that it will be in the interests of justice for them to be released. The prosecutor opposing bail will also present evidence to show the opposite. Ultimately, the magistrate has to look at the law and total circumstances to decide whether or not to release the accused person on bail.

What additional factors does a magistrate look at?

In addition to the above, the magistrate must also look at the risk of whether you will run away from trial (are you a “flight risk“?). The factors the magistrate will look at to determine flight risk may include the following:

What conditions may be attached to bail?

Sometimes the magistrate will require you to pay a certain amount for bail but also attach certain conditions to ensure that you do actually attend the trial. These conditions might include that you:

What happens if you breach your bail conditions or do not attend trial?

If you breach your bail conditions, the magistrate will immediately cancel your bail and you will lose any money that you have already paid. A warrant of arrest will also be issued to the police, and they must arrest you. You will no longer be granted bail again and you will stay in jail for the duration of your trial.

Can a magistrate be held responsible for their decision to grant bail?

Magistrates cannot be personally punished in any way for decisions that they make through applying the law, including when deciding to grant bail. If the prosecutor believes that the magistrate has made a mistake, and granted bail when they should not have, the prosecutor may appeal the decision to the High Court.

The only time a magistrate is held personally liable is when their decisions on bail have been influenced by improper or unlawful considerations. In such a case, they may be reported to the Ethics Committee of the Magistrates Commission.

After a magistrate has made a decision on bail, it is up to the police to enforce it, including the bail conditions.

To read more, you may consult the following sources:

M Ntontela ‘Striking a balance in bail proceedings – how does a court determine bail in the interest of justice?’ De Rebus Magazine (July 2020)

African Centre for Criminal Justice Reform ‘Between a rock and a hard place: Bail decisions in three South African Courts’

PLEASE NOTE THAT MAGISTRATES MATTER DOES NOT PROVIDE LEGAL ADVICE. THIS NOTE IS FOR GENERAL INFORMATION PURPOSES AND DOES NOT CONSTITUTE LEGAL ADVICE. IF YOU NEED LEGAL ADVICE, PLEASE CONSULT A LEGAL PRACTITIONER.

Section 174 of the Constitution – the appointment of judicial officers

Magistrates who will interview in the April 2021 JSC interviews