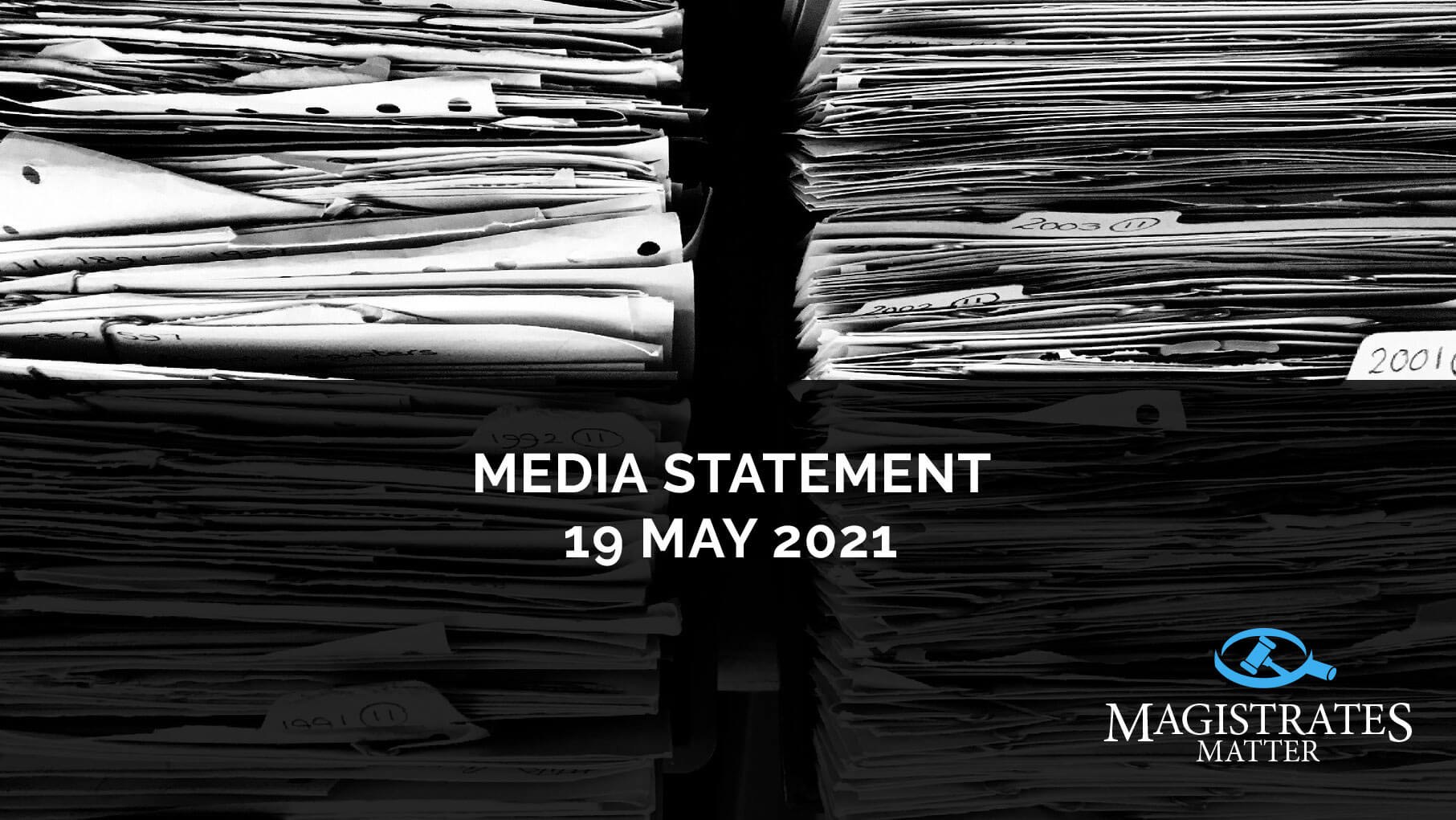 Research already shows that magistrates feel unsafe in their working environment – the latest incident is a call for urgent action to protect them.

Magistrates Matter is shocked and disturbed at media reports of an incident where a Cape Town magistrate was injured in a shooting incident. According to media reports, Magistrate A.C. Mashala was one of the victims of an alleged shooting incident on 16 May 2021 at a car wash in Mfuleni. This incident left one senior police officer dead and three others (including Mashala and a child) injured. Mashala is currently presiding over the pre-trial proceedings in a criminal case involving serious charges of corruption, money-laundering, and gang-activity, including the murder of the head of the Anti-Gang Unit in the Western Cape.

DGRU’s Magistrates Survey and Research Report
In July 2020, the DGRU published a research report based on an exploratory survey of magistrates’ perceptions of their working environment. The survey was a first of its kind and sought to understand the factors which magistrates perceive as affecting their ability to function optimally in providing access to justice. The survey asked a broad sample of some 165 magistrates from different provinces, across race, gender, age, and rank, on issues such as court infrastructure, case workloads, training and mentorship, and, importantly, their safety and security in the workplace.

In the survey, the DGRU asked magistrates, ‘Are you ever concerned about your personal security as a result of your judicial role when you are (a) in court, and (b) out of court? Disturbingly, more than 50% of respondents said that they are often concerned about their personal safety both in and outside of court. A breakdown of the data showed that female magistrates were substantially more likely to be concerned about their safety inside court (16% more). However, magistrates’ across all genders felt concerned about personal safety outside of court. The survey also found that magistrates in Limpopo (64%) and the Western Cape (55%) are far more likely to have been personally threatened before, compared to their colleagues in the Eastern Cape (38%), or KwaZulu Natal (37%). Based on these results, the DGRU also asked magistrates about their stress levels and if they show any symptoms associated with high-stress levels. Worryingly, 45% of respondents indicated that they had suffered a ‘great deal’ of stress in the preceding 12 months, versus 23% who indicated a ‘moderate amount’ and 2% who suffered ‘none at all’. A significant number of magistrates indicated symptoms such as ‘irritability’ (60%), ‘muscle tension’ (57%), ‘sleep disturbance’ (56%) and ‘headaches’ (51%).

Urgent protection is needed: #MagistratesMatter
While these exploratory survey results in themselves cannot yet be taken to apply in all contexts across South Africa, they do show the distressing context in which the attempt against Magistrate Mashala’s life falls. Magistrates are a key cog in the justice system and are most people’s only access to justice. Urgent action needs to be taken by the Department of Justice and other stakeholders to provide enhanced protection for magistrates doing dangerous work, but also general support for magistrates in their working environment – including providing adequate court infrastructure, and counseling where needed. Magistrates Matter, alongside the DGRU, condemns all attacks against judicial officers and calls for the perpetrators to be urgently brought to book!