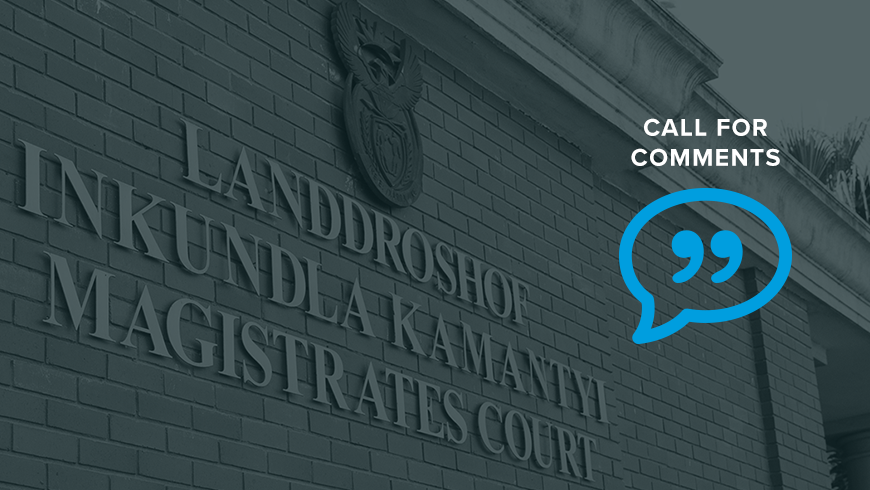 The Department of Justice and Correctional Services is calling for written comments on the new Magistrates Bill.

The 2022 Magistrates Bill is the first major reform legislation for the judiciary in nearly a decade, although its focus is primarily on the lower courts.

The purpose of the Bill is, amongst other things, to:

1. Initiate the first step towards aligning the magistrate’s courts with the superior courts, by replacing the old Magistrates Act of 1993, and ensuring greater independence of the magistracy from the Executive.

2. Consolidate all provisions relating to the appointment of magistrates under a single legislative framework, away from the current situation of multiple legislation governing the same issue. Importantly, magistrates will be recognised as judicial officers and no longer as employees of the state.

3. Ensure the discipline and conduct complaints procedure of the magistrates mirrors the procedure applicable to judges in the superior courts.

We encourage interested parties to submit written comments on the proposed Bill. This is an opportunity to influence and inform changes that will significantly transform the judiciary.

The Explanatory Memorandum for the Bill is available here: https://www.justice.gov.za/legislation/bills/2022-MagistratesBill-Objects%20Memo%20[20220314].pdf